We use cookies to ensure you have the best browsing experience on our website. Learn more
Home
Technology
Virtual Reality 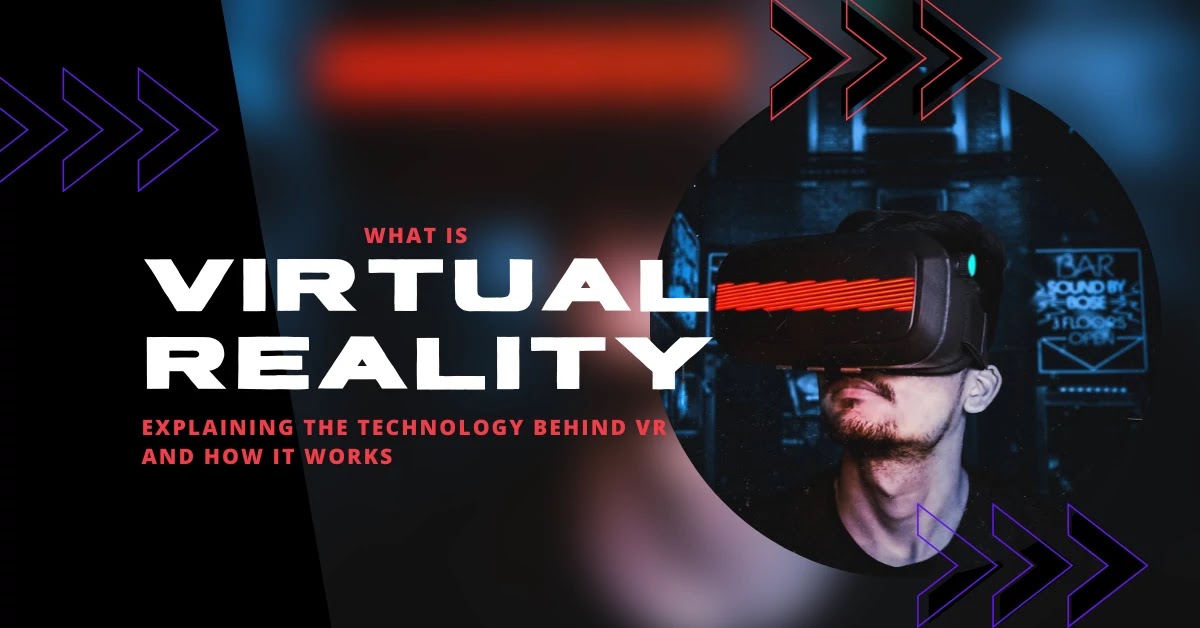 Virtual Reality (VR), is the term that comes to the mouth of every internet user, techie, and gamer nowadays. If you want to know what VR is and how it works, then you have come to the right place. Well, Virtual Reality (VR) is a technology that makes you feel like you’re in a different place. You can explore new worlds through your computer or other devices. For those who have never experienced VR, it may seem like an idea of the future. In reality, VR has been around for decades.VR gives your an experience to explore virtual world simulation.
Every year, various VR games are also releasing year by year. Games like Star Wars, Half-life, No Man's Sky, etc. are the best choices for you if you are looking for the best Virtual Reality games. Virtual reality (VR) is a new way of experiencing the world. It immerses you in an artificial environment and simulates your physical presence, making it as close to real life as possible. VR can be used in many ways, from gaming to education. So, let's understand what it is, how it works, its applications, and more.

What is Virtual Reality?

Virtual reality is an artificial environment that users can interact with and experience in their own bodies. Users wear head-mounted displays that create the illusion that the user's movements are also their own movements in the virtual environment.
Most virtual reality systems use LEDs to render virtual images that appear to the eyes of the user. The LEDs project images onto a see-through screen, similar to what you would see on television. These images are typically displayed in a first-person view, which means the user's body appears to be where the camera is looking, often inside a virtual world or an alternative universe.
Virtual reality systems vary widely in how they display virtual images and how the user is able to interact with the world.

How does it work?

What are the types of virtual reality?

How is VR different from augmented reality (AR)?

Augmented reality involves showing computer-generated images onto your view. For example, you see the Mona Lisa projected onto the screen of your phone. Augmented reality is fairly well understood, but VR is a relatively new field. VR is still too new and confusing for researchers to fully understand all of its benefits and dangers.
What is the difference between the various types of VR? HTC’s Vive headset. All three of the major VR systems are used for different purposes, but all share the same objective: to take you into a virtual environment. Two of the systems are very similar. Both have comfortable headsets, tracking sensors, and headphones. The Oculus Rift has a better design than the HTC Vive, but it still requires people to attach a bulky gaming PC to their heads.

VR brings the human body back into the game, more immersive and real. It has changed the world of education, providing people with a 3D platform to immerse themselves in their subjects. It has opened doors to college, with many students no longer choosing conventional subjects like reading, mathematics, or science.
They are learning coding, creativity, and history with VR applications. Anyone can try out VR applications in VR with Google Cardboard. They don’t need a smartphone or expensive PC to get started. They are simply clipped onto a users’ head, putting the user completely immersed into the virtual world. There are many ways in which people can interact with the environment created by VR.

Virtual reality has become a common medium for the education of children, even babies. For example, face recognition programs are a good way to teach babies to recognize faces and talk. And even basic computer tasks can be simulated. However, this is limited by the speed at which computers can process these computations. Health Care More hospitals are now providing a 360° view of patient rooms for their patients.
This helps patients reduce the stress of being in a hospital environment and has been found to reduce their blood pressure and heart rate. Transportation In addition to education, virtual reality is also being used to create more comfortable public transport systems.

VR gaming, or simulated reality gaming, is the most common use of VR and is often confused with computer games. Virtual reality games are essentially fully immersive video games that take you on a journey through an imaginary world. Many players use a headset for the VR experience, which usually blocks out your view of the real world, but leaves audio. Gadgets and Apps you Should Know About: Virtual Reality Educational VR is a very powerful tool to learn about topics of your choosing.
VR brings you to real-life situations to help you learn how things are made or what they feel like, or explore new places and people. It is especially good for science and engineering lessons.

VR technology is improving and could one day be used for monitoring a patient in intensive care. The current method for maintaining the health of an intensive care patient is called "bedside" monitoring. This involves the nurses performing tasks such as emptying the waste bin, checking the blood pressure and temperature, and putting vitals like pulse oximeter on the patient. The nurse is under constant supervision, so they can't see what the patient is seeing. With the help of VR technology, this would not be the case.
Virtual reality is already used in hospitals for training new nurses. After completing their education, they are qualified to take care of the patients in intensive care.

It's being used by surgeons in the operating room. A high resolution, 360-degree image is displayed, and the surgeon is able to step into the image and perform an operation on a patient, with other doctors in the room reacting as they would in real life. This not only enhances the experience but also improves accuracy. Volkswagen is using VR to enhance the efficiency of its plants. It uses augmented reality to give employees, in a 3D format, a clear idea of how the vehicles are being manufactured.
This way, when work commences at the next shift, no mistakes can be made in the production process. Design and engineering from the construction stage, where car chassis are built and transported to assembly lines, can be done completely in VR.

Depending on the age group you are talking about, VR may or may not be appropriate for them. This is especially true for younger children who are more prone to motion sickness or whose bodies are still developing. Some common considerations to keep in mind: To maximize a positive user experience, choose products that are comfortable to wear. Read product reviews to find the best-suited VR headset for your specific needs.
Some VR applications are available only to a specific user platform (e.g., iPhone, Android, PC, Xbox One, PlayStation 4, and Google Daydream). Make sure that your game does not require the use of an iOS or Android device, for example, as they may be incompatible with VR headsets. Be cautious when choosing VR experiences for kids younger than 3 years of age.
SurfTheKnowledge is a technology website where you can get the latest Science & Technology News, Gadgets Updates & Reviews, along with various Life, Travel, and Business Hacks.

Kalinchowk - A place you should not miss on holidays

What is Ethereum and How does it work?