We use cookies to ensure you have the best browsing experience on our website. Learn more
Home
Cybersecurity
Technology 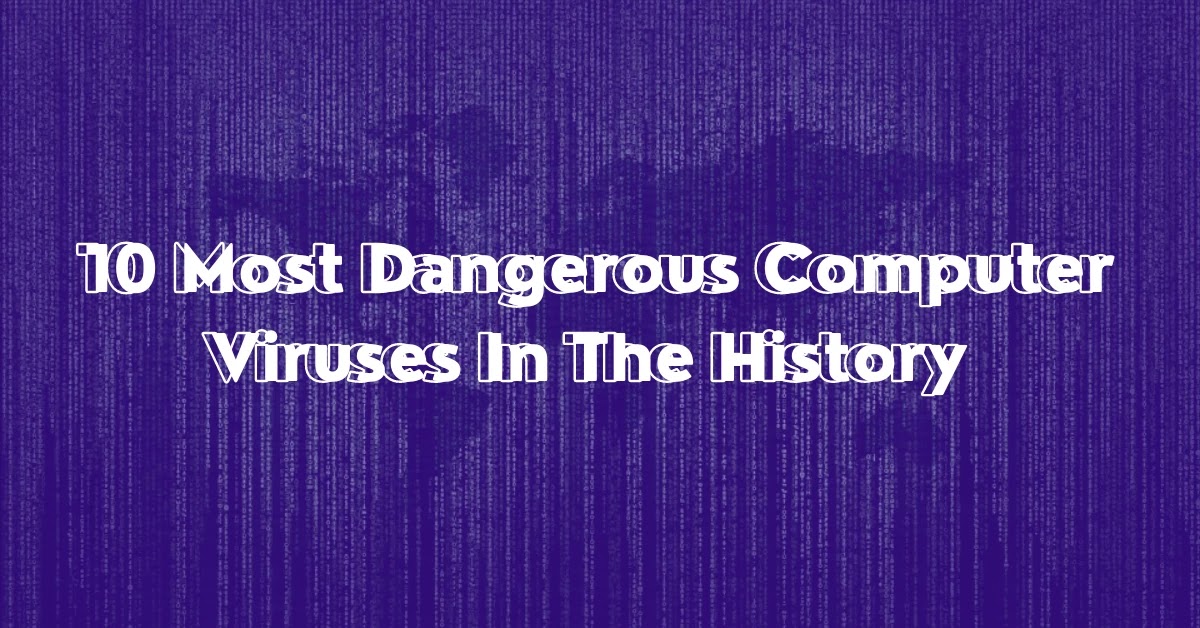 10 Most Dangerous Computer Viruses In The History Computer viruses are still a major threat. Most of them do not cause as much damage as they did in the past, but that does not mean they should be taken lightly. But, let us tell you. some of them can delete, corrupt, or steal your data and stop your system from functioning properly. Some of them can also send spam to those in your contact list or online friends and family, which is embarrassing. Computer viruses and malware are often disguised as innocent files that are easy to download on the internet but can have disastrous consequences. So make sure that you understand how to protect yourself from these malicious programs! This post will provide you with an overview of the most dangerous computer viruses ever. It is up to you to learn how these viruses work and how to protect your PC from threats like these. So, here are the 10 Most Dangerous Computer Viruses In The History

Mydoom was created by an anonymous programmer, Mydoom was a nasty little virus that mostly affected Windows XP. Mydoom is a Worm that infects Windows operating systems and was used extensively in a variety of attacks, such as the hacks on Sony Pictures in 2014. The first infected email was sent in late 2006. It was famously known for infecting in the compromise of hundreds of millions of email addresses and hundreds of millions of users. Mydoom infected 25% of whole emails in 2004. Mydoom used to have a ransom function that was to be paid in the form of gift certificates or some sort of digital currency in order to gain access to infected computers. Mydoom is another virus that was created to trick users into getting infected with malware. It caused so much damage to computers and people that it has become one of the most infamous viruses ever.